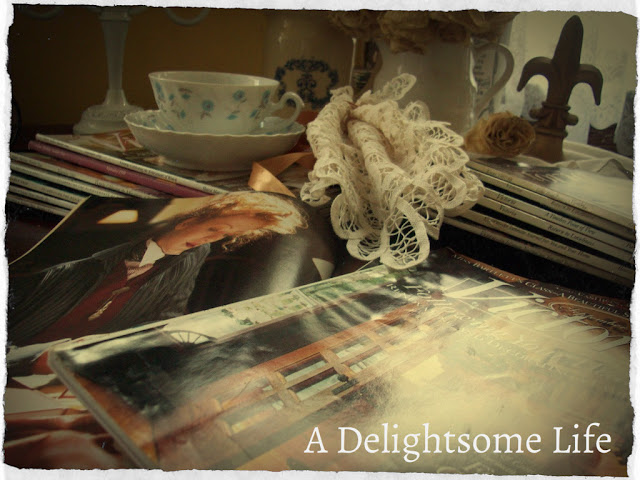 Why do we who love Victoria Magazine return time after time to the
pages of the issues treasured over the years, we are romantics. 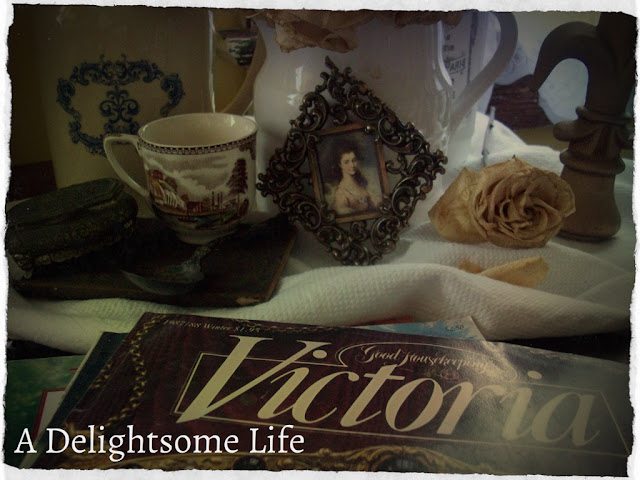 In the 1995 September issue of Victoria magazine – Nancy Lindemeyer shares
just that sentiment – but it is in reference to her love of the season of Fall.
Nancy noted that she, ‘loves rainy days and fall afternoons because they give us
time to reflect. In spring I am too busy observing everything simply to sit back‘.
‘Certainly, it was a lovely autumn morning; the leaves were fluttering red to
the ground‘ – Virginia Woolf ‘A Room of One’s Own‘ 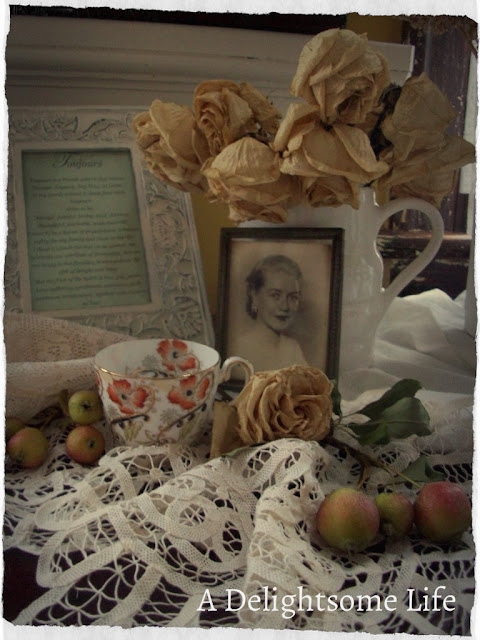 In a continuation of September’s theme in the classic Victoria Magazine,
four writers share their thoughts on finding one’s ‘Quiet Center’.

“Find your quiet center and write from that to the world“, advised novelist
Sarah Orne Jewett to Willa Cather. This issue noted that each woman needs to
‘find the quiet center and therein find the mystery, the light, the wellspring of love and creativity‘. 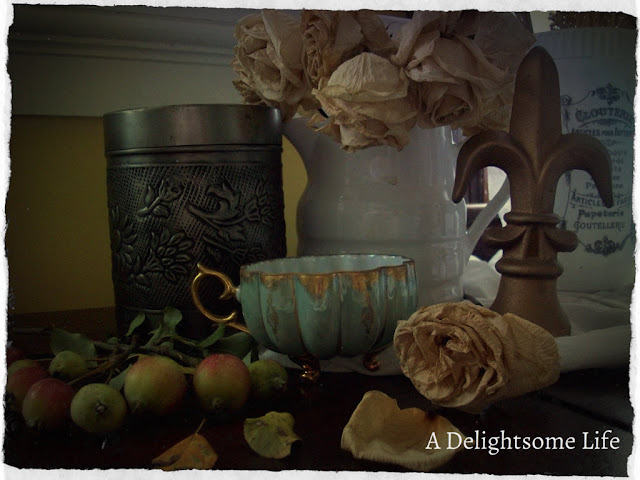 When posed with the topic of conversation for the gathering of authors, Francine
Prose noted that she ‘frantically tried to figure out if she had a quiet place – in her modern, frankly unquiet life. She noted that in a modern woman’s life is
‘a conspiracy of noises competing to drown one another out’: the phone, the blaring television and the roar of the traffic‘. ‘I suspect that the real quiet center of my life is,
in fact, writing…I can’t imagine anything more all-involving or soothing than those rare precious moments when the work is going well‘. 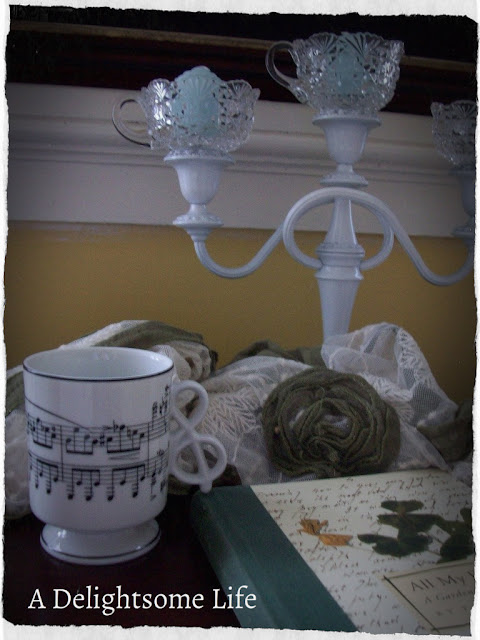 Made a profound observation that affected part of her life. She noted that women
authors in the first half of the 20th century did not have children. They could devote
hours upon hours of concentrated time into their writing craft. Such authors included: Marianne Moore, Virginia Woolf, George Eliot, Emily Dickinson and
Jane Austin. In the latter half of the 20th Century there were some women authors
who did have families and were able to write – some prolifically. These authors included George Sand and Mrs. Gaskell. Judith shared that her ‘ideal of writing was
on a train‘. She would take passage for four hours, stop for lunch and ride the four hours back. This time which included the sense of passage, motion and being untouchable were wonderful times for her. Once she did have children she noted that taking time away even if it wasn’t time to write but to dream became ‘a balm
of solitude, a treat…it didn’t even matter if I was very productive‘. 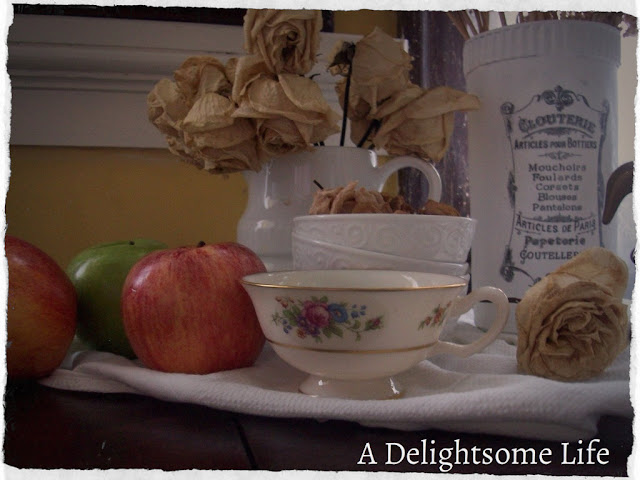 Shared that she writes from what she calls a ‘Military Zone’. Writing for her was a
complete war zone where she felt like she was wrestling with her characters. She
heavily researched the notion of ‘how to write a novel‘ thinking she was missing
something. She found a quote from Albert Einstein, ‘ I get my best ideas anywhere
among the three B’s –the bath, the bed and the bus‘. These times Carol noted
offered ‘brooding time‘. She shared that she had many ideas that were ‘bubbling
away on the back burner‘. Once she found that she had enough information and a
basis for a story she would begin. She offered a quote from Polish author Czeslow
Milosz, ‘a writer cannot be really one person. A writer is more like a house without
any locked doors. With unknown guests who come and go. A writer must only hope
that these spirits who inhabit him or her leave benign traces and trails‘. 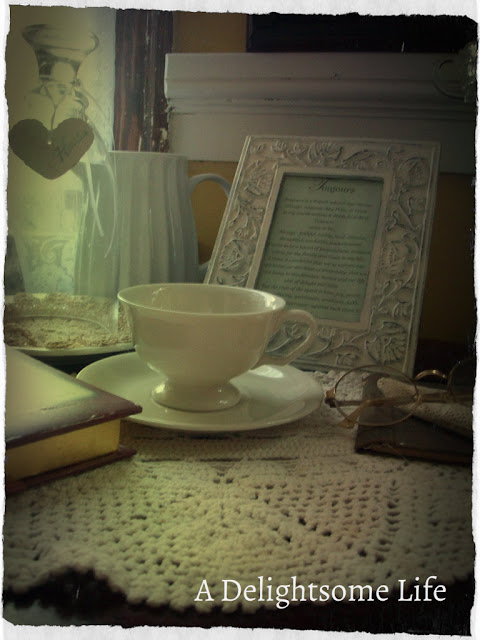 Offered that she looked to other authors to learn how they’ lived a writer’s life’.
She discovered that the answer to that question much depended upon the writer.
Some required a ‘cocoon‘ for themselves while others could write amidsts the chaos
of their busy family’s life. She shared that ‘Jane Austin often composed her novels in the center of a drawing room while others were conversing‘.  Susan shared that for her she kept journals filled with quotes from other authors. One quote
she loved was from Henry David Thoreau, ‘no mere willful activity, whatever,
whether in writing verse or collecting statistics, will produce poetry or science…All that a man has to say or do…is to tell the story of his love, to sing, and if he is fortunate and keeps alive he will be forever in love. This alone is to be alive
in the extremities‘. 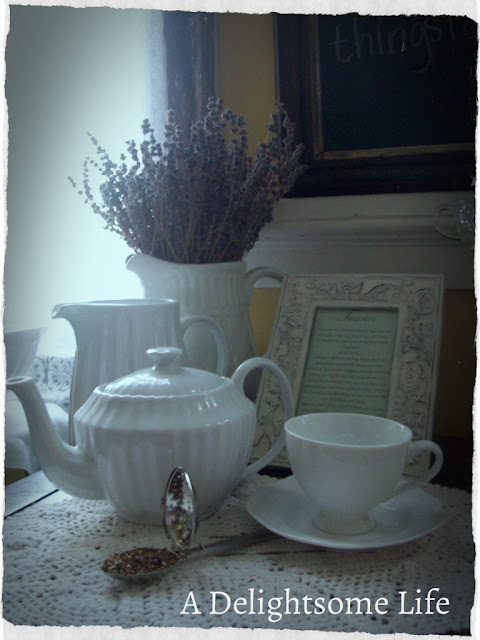 I found these author’s thoughts quite fascinating. We each are attempting to create
something beautiful out of our lives whether it is through decorating our home, gardening, cooking or crafting. We share our heart and thoughts through
blogging and find inspiration, encouragement and thoughtfulness from kindred spirits.  I find that through similar searches as these authors shared, I too
find my quiet center, I find joy in time spent searching – observing and sharing through blogging. 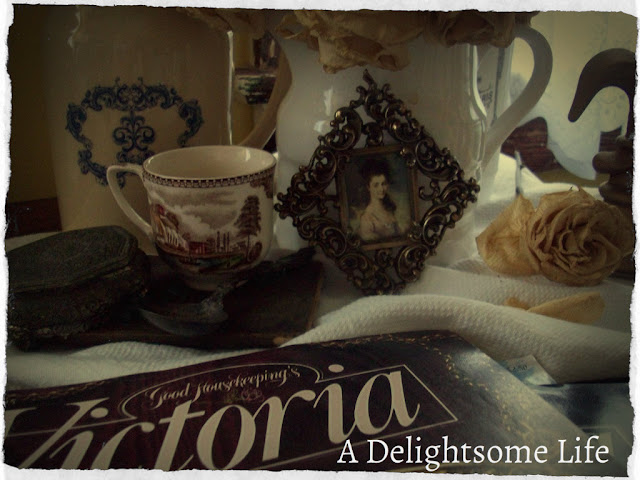 What a delight – how Romantic – to be able to find such quiet spaces in our lives to
bring joy  to ourselves and to share it with others.